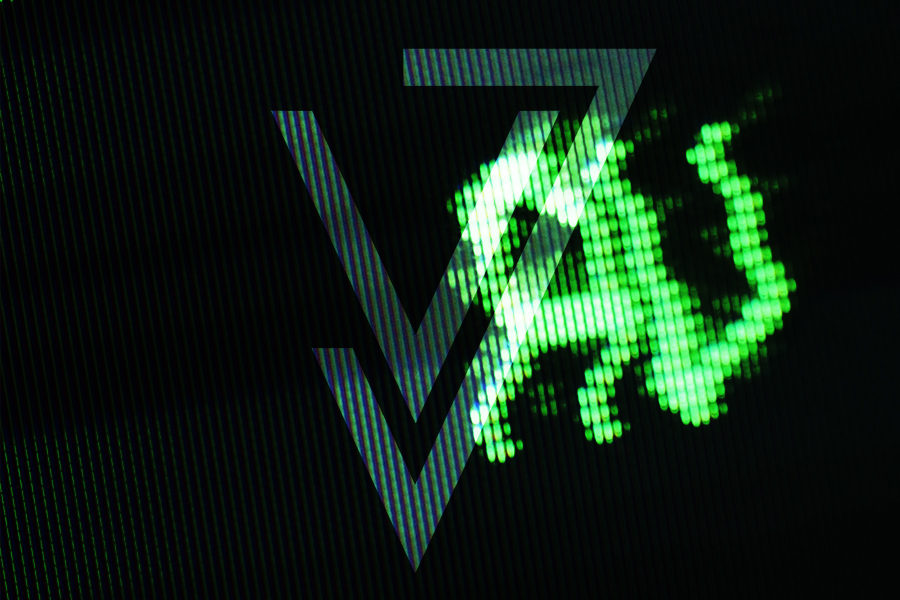 …after long hiatus we are back, we did survive and are still (t)here. Past is past, future is ahead, let’s meet up if we can.
Our events are running since 2008 in several forms, hosted by different people, across many venues, and with varied approaches. The common denominator was/is/will(?)be the creative use of real-time graphics in spaces outside of just a computer screen, in most cases synced with sound.
This night is a part of Digital Peckham Festival and we are really excited to be part of it.
Our ethos: no farty vibe, be nice, always share and be supportive. 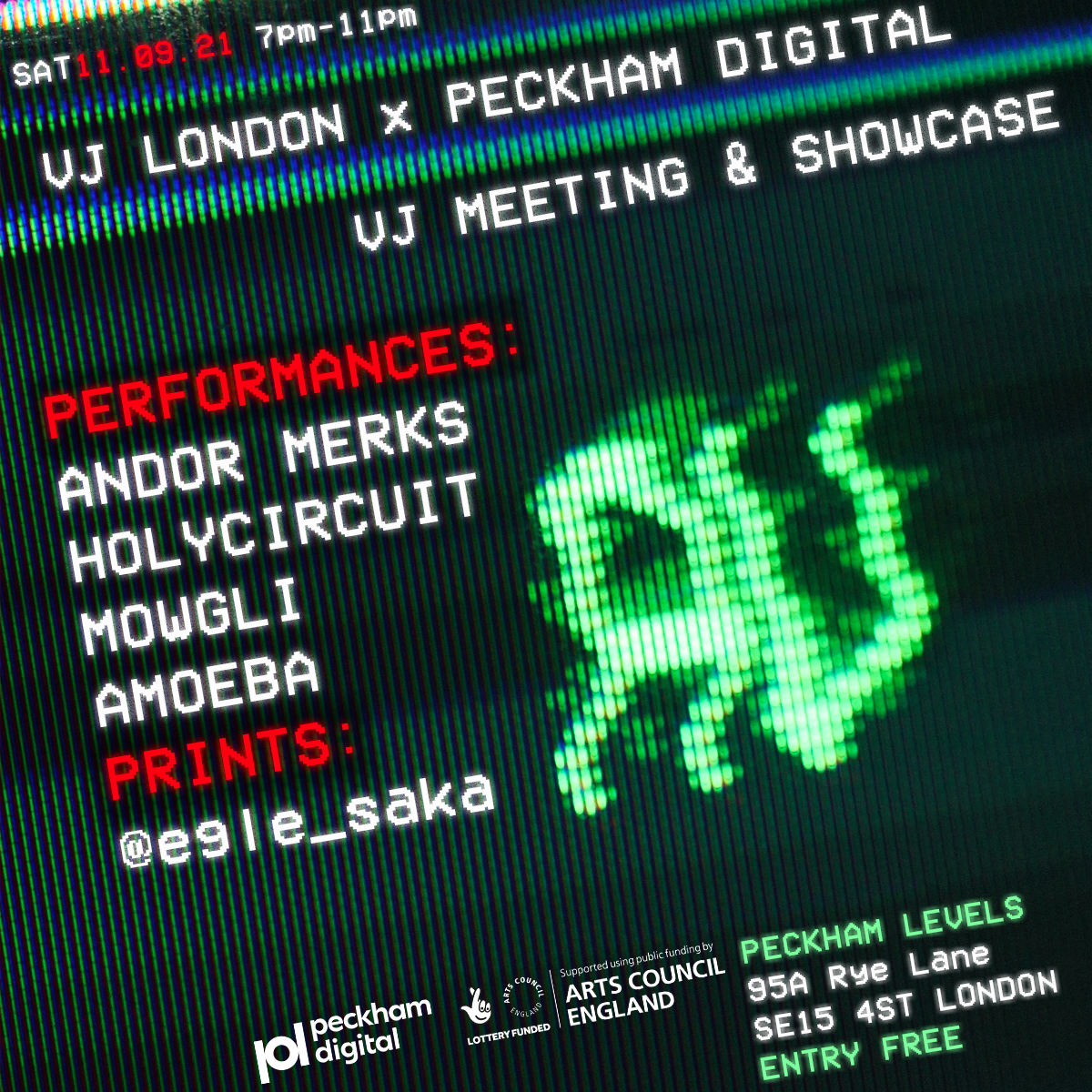 AV PERFORMANCE
Creative coder, AV artist and entrepreneur. Started experimenting on Commodore 64 in the 80s and never stopped since 😛 Studied art & media theory and became a Video Jockey in Budapest’s underground club scene in 2003. His performances are based on custom software experiments. In 2009 he established VJ Yourself in London, a participatory VJ experience based on real-time 3D and gamepad control.
Ctrlolling Transmission
“Ctrl Trans” is a series of AV experiments by Andor Merks and various collaborating artists. Since 2015 we have organised a wide range of “lab sessions” in search of a meaningful connection between live music and 3D visuals.Visuals based on Webremixer, our collaborative platform, the music is via Ableton and various instruments, synthesizers. We run open AV sessions in our Brixton Lab weekly!
https://www.andormerks.com
http://ctrltrans.com
https://soundcloud.com/av-and-or

AV PERFORMANCE
Mowgli has vj’ed for world class artists and played at festivals including Shambala, Noisily and The Big Chill. He, premiered his first AV show at the BFI in 2010, since then performing at international arts events including Art Futura, Kinetika Art Fair and Dronica. His work has been exhibited at the V&A Digital Weekender and the RCA receiving the Rite of Passage award at Burning Man in 2011. Mowgli’s current performances include live generative visuals and modular sounds.
https://www.mowgli.tv

AV PERFORMANCE
Starting out as a VHS Artist in the early 1990’s, amoeba has been performing and creating bespoke audio visual content for installations, record labels, music festivals and physical releases as amoeba.av [ A.AV ] in Europe, USA and Russia.
Performing in 2021 with a new mix of live AV, bespoke motion graphics and music videos made for A.AV performances over the years.
https://www.theestateovcreation.co.uk

PRINT SHOP
Egle Saka is a prolific video artist and printmaker currently based in London, UK. Egle’s print designs primarily derives from the use of obsolete and vintage analog technologies in her videography work. Combining analog photography, analog video synthesizers and glitch aesthetics she creates hand made and limited screen print editions as well as giclee prints. Being an aspiring videographer and a VJ enthusiast as well as audiovisual percormance practitioner herself, inevitably, most of her visuals circle around the nostalgic analog CRT TV and VHS visual styles. She often extracts the particular textures and patterns common in the particular practice and converts them into printed matter.
Her latest printed editions are series of NEON CRT prints, inspired by the phosphorescent Cathode-ray-tube monitors and their often painterly textural varieties that can be caught on camera.