She specializes in analog and handmade visuals. Responding live to music, she experiments with the movements of her hands and body in addition to placing various objects in front of the camera: feathers, leafs, fabrics, fire, etc. to create mesmerizing effects which are sent through a video mixer and out to a screen.

An abstract invocation to unleash forces of nature and reclaim the balance between Digital and Artificial. Those hack ritualz with vibrating magnets, vortexes of water, feedback loops aim to open portal leading to point 0,0,0,0,0… (in infinite space).
holycircuit.com/hypnone

Finds inspiration from many areas, and various other art movements; to create projects and experiences that get the participants lost in an immersive world of audio and visual stimuli.
inexhaleuk.tumblr.com
twitter.com/INEXHALEUK
instagram.com/inexhaleuk 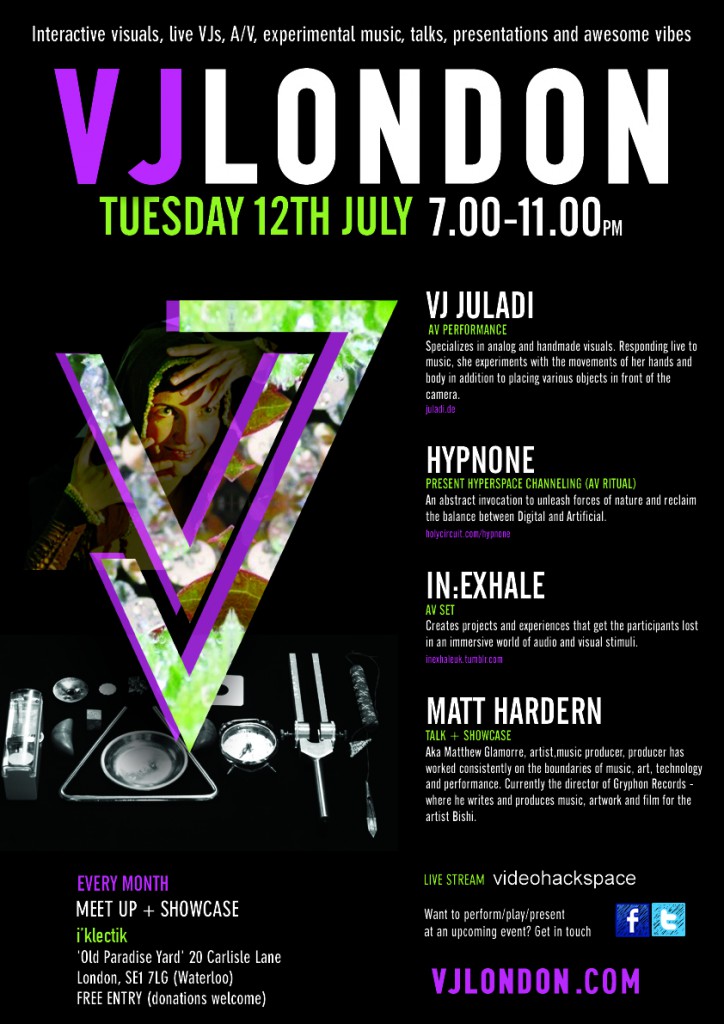