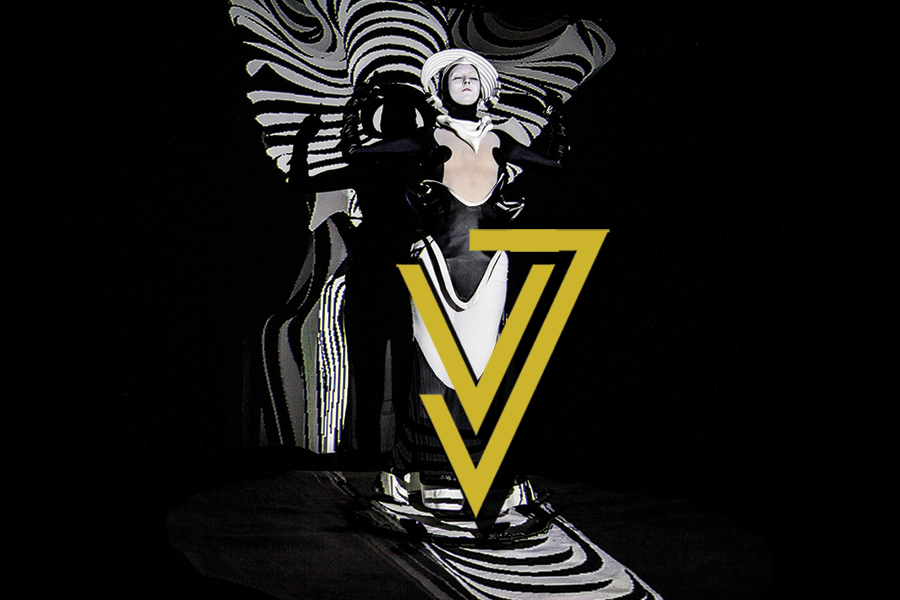 Maria Almena is a creative director and a multimedia artist, co-founder of the London-based creative studio, Kimatica Studio. An UK pioneer studio in digital performances, exploring the intersection of the human body, performance and interactive technology, creating unique digital experiences that dissolve the boundaries between fantasy and reality.
Their artistic practise explores concepts of human consciousness and perception, making those transcendental ideas accessible to a modern audience, to inspire reconnection with the magical thinking.
Maria’s practise research about the physical and spiritual, virtual and real worlds, social interaction with technology, and contemporary rituals and passions. She enjoys playing with visual perceptions, intending to transport the viewer into new worlds, to dramatise the transition between states of consciousness and highlighting the importance of the journey in itself. She use the human body as key to explore these ideas, transforming, mutating and searching for answers in our own canvas.
http://www.kimatica.net/

Remixvideo is an intuitive video sampler to enhance live performances with visual playback. With VST/AU and Ableton Link, it is the ideal add-on for performers wishing to integrate video into their existing setup.
Mixvibes has been developing music, DJ and video apps for Mac/PC, iOS and Android for over 15 years. The company also contributed to Pioneer’s rekordbox™, the standard music management software used in clubs all over the world.
http://mixvibes.com//

Andrew McKee – aka emceekee – is an audiovisual artist based in London.
As a sonicartist at the turn of the century, he exhibited and performed in Scotland, Barcelona, Bourges, New York and Amsterdam. He has since added video to the mix, firing eyecrack at the wall in Scotland and Amsterdam. In this debut solo a/v set, emceekee explores the dislocation of relocated identities and charts a journey back to beauty and truth after a decade distracted by the dubious comforts of corporate culture. 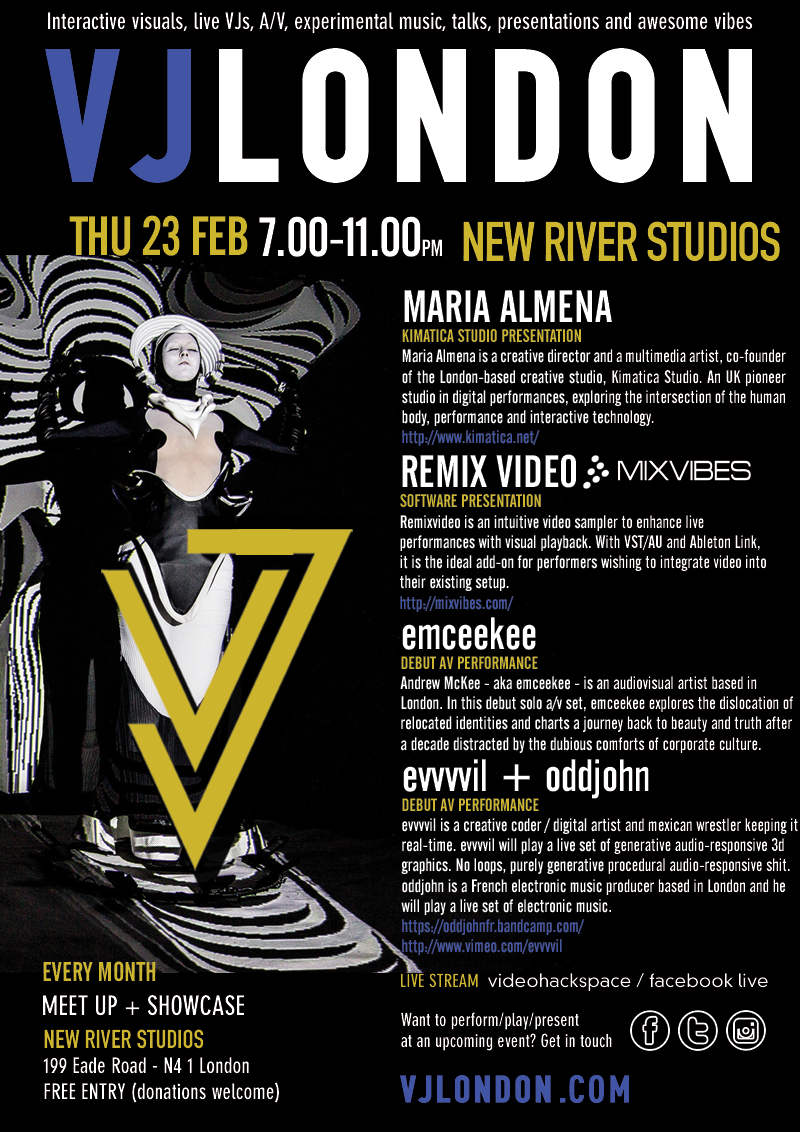