Terry Payman has been building music-responsive visual display systems since his schooldays. His background is in analogue electronics, and an analogue “feel” is important to his work even though it now uses digital simulation for repeatability.

The “Rainbow Curtain” is an interactive motion- and sound-responsive system, inspired by earlier work in the analogue domain using video feedback. Images are largely derived from camera input, modulated by sound input. Additionally, images are synthesised from waveforms of the sound. The platform is now built on Magic Music Visuals, a relatively new VJ program, with several custom modules. The system has been progressively refined since its first public installation in 2011.

Sacrifice & Bliss will be performing a mixture of songs and improv, illuminated by the Rainbow Curtain.

Heka’s music combines elements of funk and soul with lush synth-based soundscapes. Audio and visual elements are created in synchrony using modular synthesizers. Heka’s productions never remain stationary; the viewer’s attention is held by constantly evolving texture and subtlety. Having studied jazz and electronic composition in both The UK and The USA, Heka’s work is inspired by a wide range of influences from Stockhausen to American minimalists such as Steve Reich and John Adams as well as modern producers such as Floating Points and Flying Lotus.
http://www.vimeo.com/hekauk
http://www.soundcloud.com/hekauk

Justin is a VJ and the creative director of Meno TV, a design-and-build company specialising in bespoke visual creations incorporating video, lighting and set design elements. He is also the co-founder of the Übertown camp at Nowhere Festival 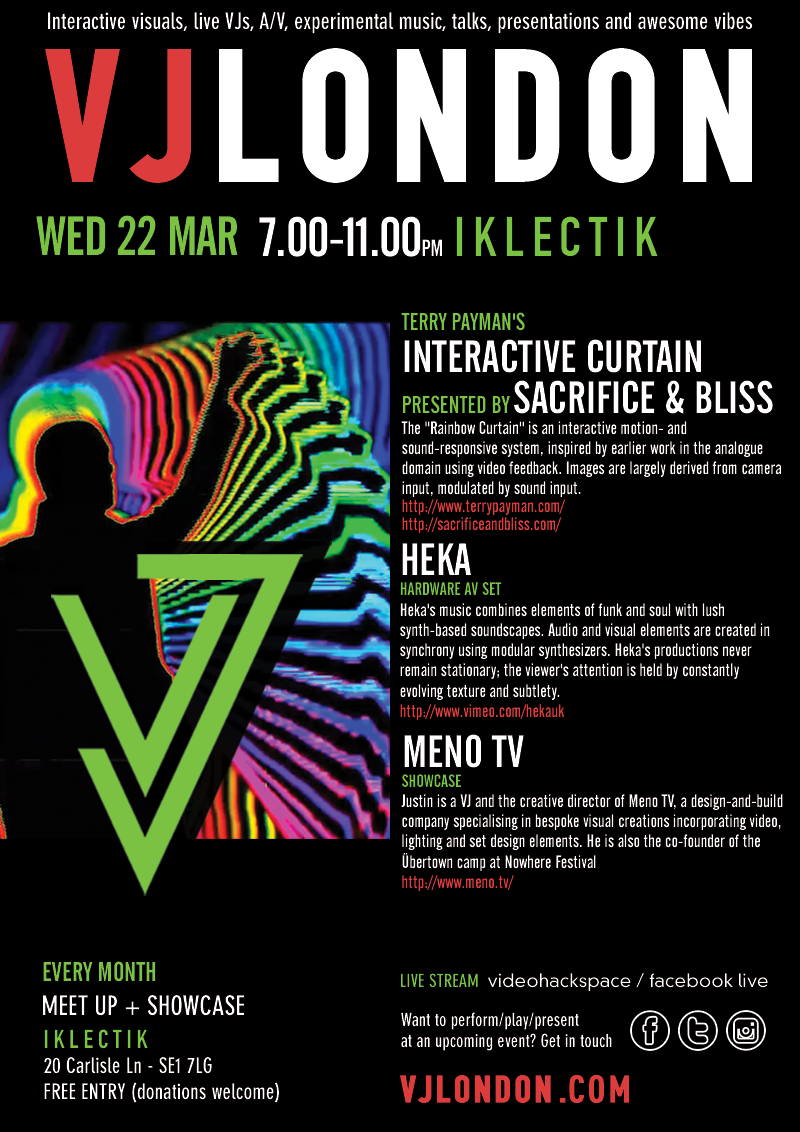