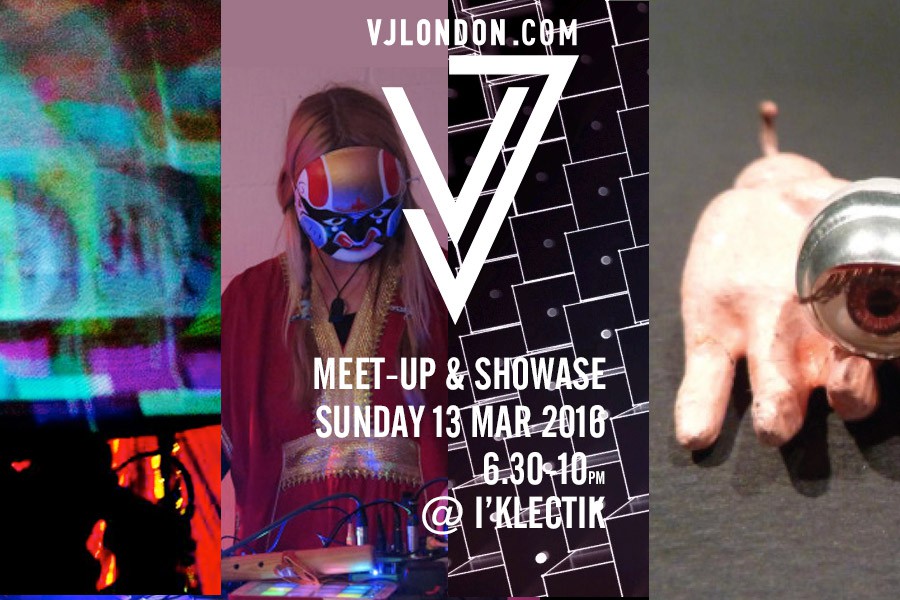 EBH Luminaire is a creative company formed by Ela Brunel Hawes and Daniel Shutt working with light, sound and image.
It combines mediums and technology to create tour visuals, light installations, photography and film.
Their capabilities of using image and sound enables them to nurture their own unique approach to art and today they collaborate with some of the most up and coming DJ’s and artists.
Their work until now has been exhibited in some of the most well known festivals such as Glastonbury, Wilderness, Secret Garden Party and Sziget.
www.ebhluminaire.com

Junk Food will presents Living Dead: objects animation & experimental electronica music.
Once upon a time, in a timeless space, a wonder cabinet where objects come to life.
These strange and weird creatures express by turns incomprehension and astonishment face to
their existence. Made for a nonsense and absurd life, it seem they are dead but maybe still alive.

Junk Food is the union of a DJ (Tom JunkFood) and a VJ (Karina Junkfood) associated by love of electronic music and art and
expressing themselves through many different audio-visual forms and based in Paris. Since 2007 they performed in events, parties, festivals in France and across Europe.
www.junkfoodisgood.com
www.facebook.com/groups/junkfoodparis

Urban technological motion graphics, layers mash up. Hypervj will be showcasing some of his maximalism colour frequencies following Dan Hekate’s broken beats.
Dan Hekate has been producing far out industrial and electronica for twenty years, weirding and wowing people across the continents with its unique brand of broken beats
www.hypervj.co.uk
soundcloud.com/dan-hekate-1