AVZones is an iPad app for audiovisual performance by Nuno Correia. It’s composed of an audio sequencer/looper with a visualizer. By default, 3 audiovisual columns or “zones” allow for the manipulation of 3 audio loops. Each zone had 3 XY pads for audio manipulation: pitch shift, delay and filter. There are 9 sounds available per zone. The application is scalable: the number of zones, XY pads and sounds can be modified in the code. In a performance, only the iPad is used for audiovisuals: the visuals from the iPad are projected behind the performer, and the sound comes from the iPad as well. AVZones is open source and work in progress, built with openFrameworks and Maximilian, and part of the Enabling AVUIs research project. The project is supported by a Marie Curie EU fellowship, and hosted by Goldsmiths, University of London, EAVI group. Nuno Correia has performed with AVZones in Berlin (May 2015, MonoShop opening) and London (October 2015, EAVI XIII, Amersham Arms).

The app will be submitted to the App Store within a few months. Meanwhile, the code is available on GitHub, and the app can be sideloaded manually on an iPad using Xcode 7.
www.avzones.org
www.nunocorreia.com

Markov Chain is a Machine Learning based audiovisual performance. Minimalistic Soundscapes and Bleeps are generated by the information presented by the audience and are influenced by the video. Also the video is generated and modified by the sound so there is an infinite loop of modifications and progression to both parts of the performance. This performance was voted as „best international AV Performance“ at the RadicalDB 2015.

Timo Dufner is a musician, visual artist and in the field of media and information technology. As a VJ, he performs as an AudioVideo Live Act while he is also part of various production teams in electronic music. The main focus of his work lies in the exploitation of software failures, so called glitches, real time processing, live coding, machine learning as well as the direct interaction of sound and image. Past performances took place at the ZKM (Centre for art and media) Karlsruhe, the LPM Rome, RadicalDB Saragossa, the Sophia Digital Art in Sophia and the Genius Loci & Genius Loci Lab at Weimar. 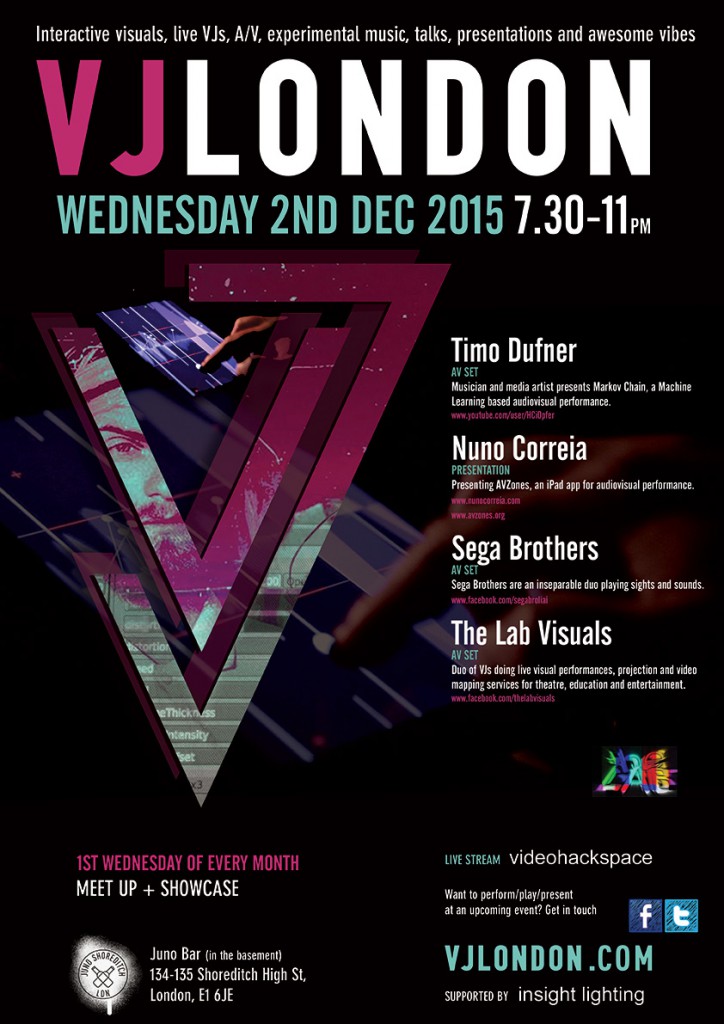